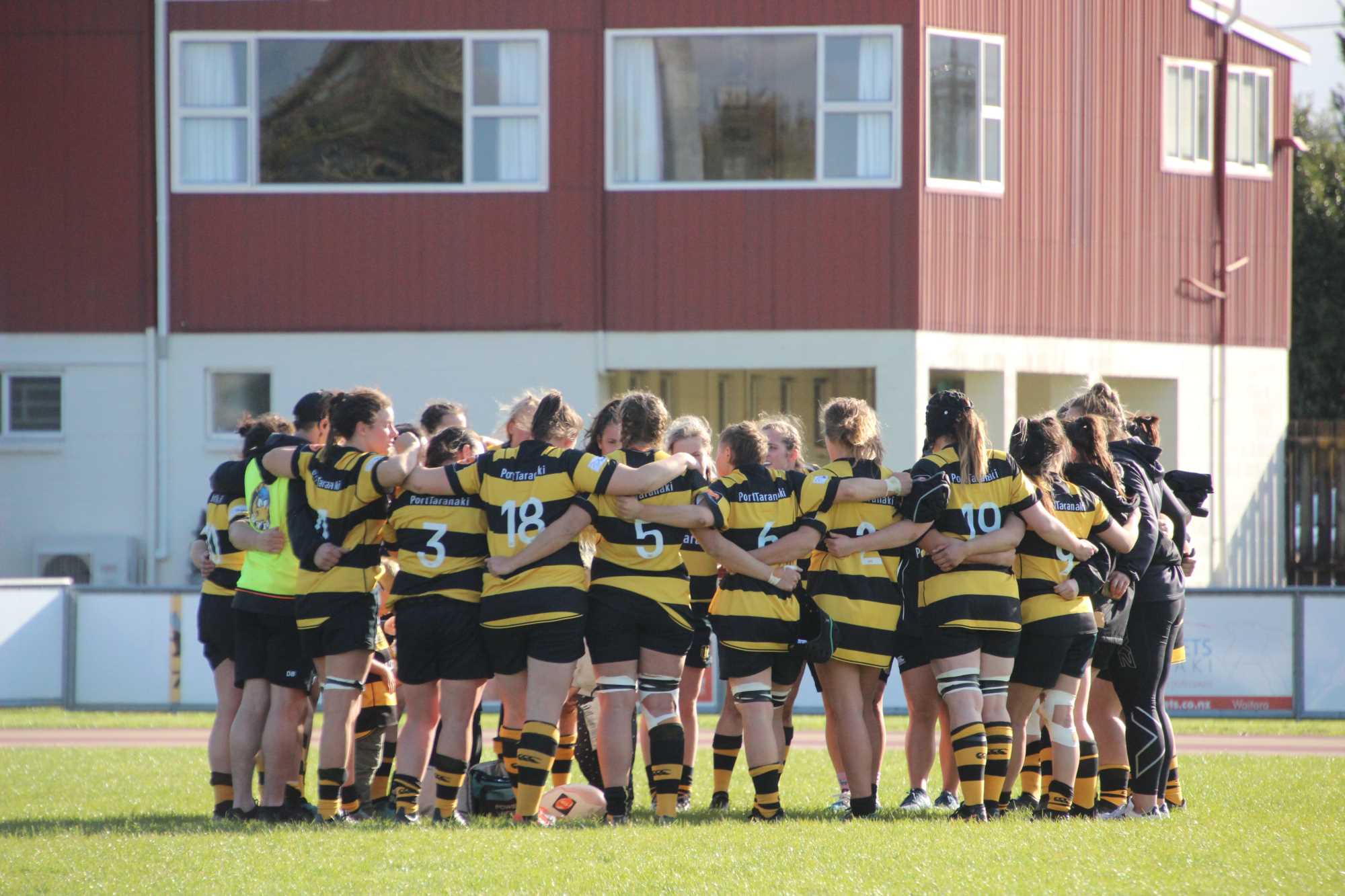 There is plenty of experience scattered throughout the squad with Jalana Smith, Sharee Brown, Kate Parkinson, Leah Barnard and Brook Sim among several players returning for 2020. The Port Taranaki Whio has also been bolstered by Black Ferns Sevens Star Gayle Broughton and the return of Black Ferns extended squad Member Iritana Hohia.

“It's exciting to be working with this years’ Port Taranaki Whio management team and collectively we are committed to growing women's rugby and providing opportunities for our local players on a national stage. As an aspiring rugby player what a great opportunity to measure yourself by playing against some of the best female players in New Zealand - it doesn't get much better than that,” Haami said.

“We have had a good prep in terms of time together and the management squad have really focused on getting the best out of the players, it’s been great to see how far the girls’ have come and the improvements they have made,” Mason said.

“We are blessed to have local product Gayle Broughton with us from the Black Ferns Sevens. Gayle brings a lot of rugby experience and is good to have around the team environment. We have gone with a squad of young girls mixed with a few more experienced players, this has brought a lot of excitement and enthusiasm to trainings”, said Mason.

How are you feeling about the Port Taranaki Whio campaign?

I’m excited for the upcoming season to kick off in two weeks. It’s been a big dream to come back home and have the opportunity put the Amber & Black on again whether that was in Sevens or for the Port Taranaki Whio. Growing as a team over the last few months has been such a rewarding opportunity to be part of.

What are your thoughts on the Port Taranaki Whio squad?

We have an exciting rage of talented youth & experience players this year. I’m really looking forward to what this season has to bring.

How has the Port Taranaki Whio preseason been so far?

It’s been awesome! Our biggest goal this preseason has been growing the bond and confidence through our team and also changing the mindset of just being a team to make up numbers to a team that has all the potential to make it to the top.

How are you feeling about the first Farah Palmer Cup match against Northland and the chance to play against some of your Black Ferns Sevens team mates?

Feeling very excited about the first game against Northland up in PorshaLAND. All jokes aside I’m excited to kick off the campaign and be able to run against my sisters.

Join the Yarrows Taranaki Bulls 2020 membership family and write yourself into our latest chapter at the TET Stadium & Events Centre by clicking HERE.

To request a call back or to receive more information on Yarrows Taranaki Bulls membership packages click HERE.