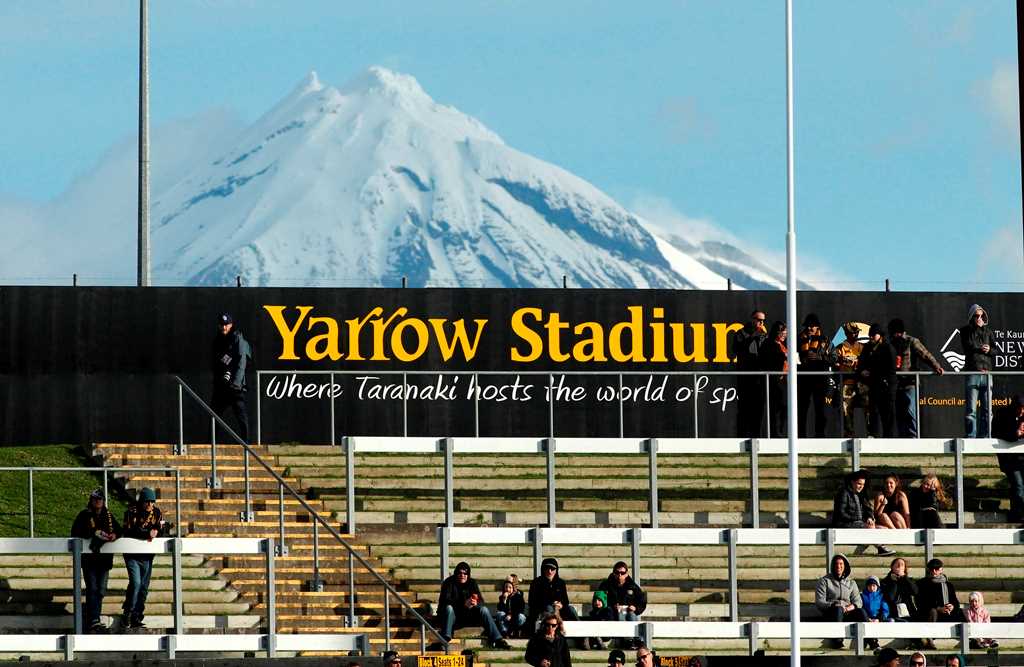 The biggest day on the Taranaki Rugby Football Union’s calendar will return to Yarrow Stadium after a year’s absence.

The CMK Club Rugby Finals Day will be played at the venue on Saturday July 13 with eight division finals held across the day with the CMK premier finale kicking off at 3:00pm.

Last year’s finals day was held at Inglewood’s TET Stadium due to earthquake concerns at Yarrow Stadium preventing the full use of facilities.

However, with proven temporary infrastructure in place, Community Rugby Manager Cole Brown is confident Yarrow Stadium will be able to handle the influx of teams.

“The changing rooms in the southern compound, used for Mitre 10 Cup matches, will be able to accommodate a handful of teams along with the temporary facilities at Spotswood United Rugby Club.

“We are proud to have the finals day held at the stadium, which is the home of Taranaki Rugby”.

Brown said that temporary sideline seating, that will be built for this year’s Mitre 10 Cup, will be available for 1,684 club fans close to the field creating a unique atmosphere.

“We have the aim of building a boutique venue within Yarrow Stadium and clubs will be able to set up marques at the southern end of the ground.

“This will create an amazing atmosphere where everyone can celebrate a year’s worth of rugby”, he said.

“Players have the dream of playing on Yarrow Stadium, it has the best surface in the province and home to some of Taranaki Rugby’s most memorable moments”.

While Taranaki Rugby Chief Executive Jeremy Parkinson is thrilled finals day is back at the home of Taranaki Rugby, he thanked the stadium operators the New Plymouth District Council and the Spotswood United Rugby Football Club for assisting in making the day possible.

Semi-finals of all senior club competitions will be held on Saturday July 6 at the respective clubs.