Benefits for Ngaia-Ratima in Maori and Pasifika Academy 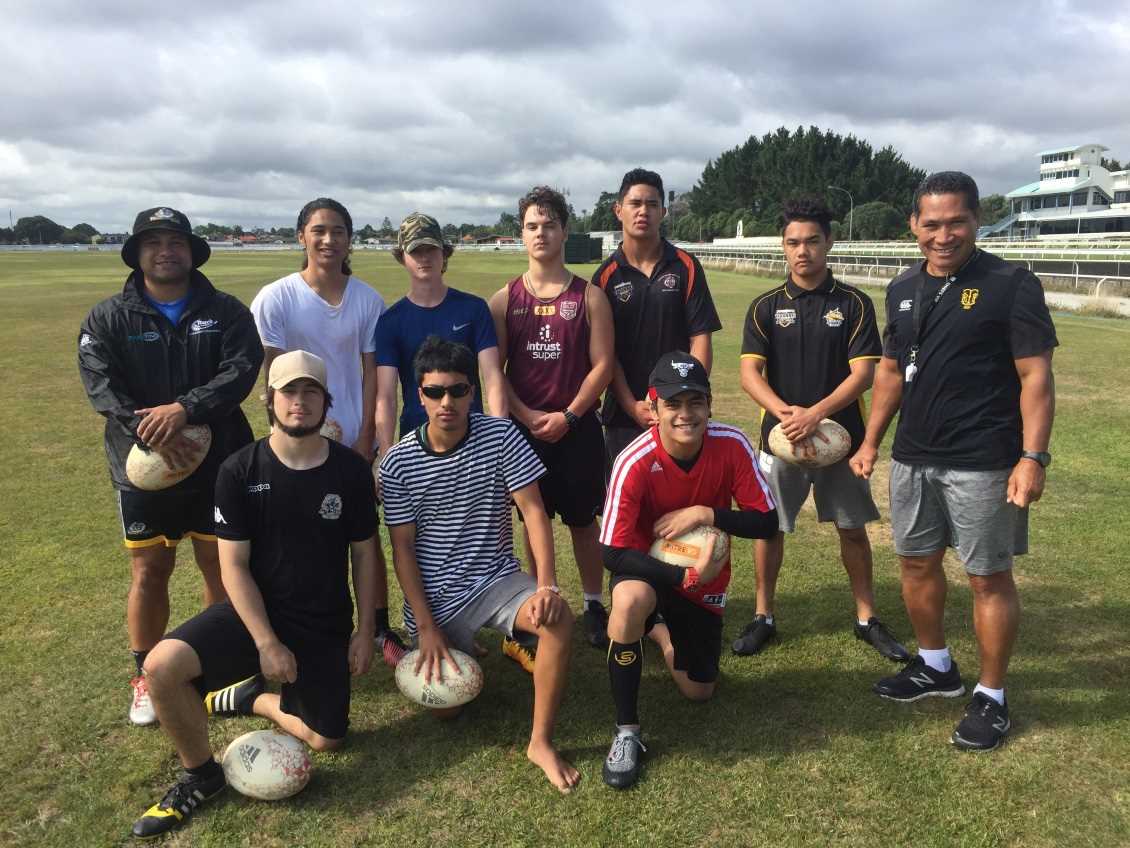 Ever since Tremayne Ngaia-Ratima joined Taranaki Rugby’s Maori and Pasifika Rugby Academy he feels like he is getting a second chance in life.

Originally from Napier, Ngaia-Ratima moved to Taranaki with his parents for a better life as he knew the environment would be more positive compared to where he grew up.

“School wasn’t going so well, so Tamati [from education provider Feats] had a meeting with us and found it would be good to come over here rather than sitting down with a pen in my hand”, the 16-year-old said.

Ngaia-Ratima is one of eleven students, from varied backgrounds, in this year’s intake who have an opportunity to gain NCEA Level I and II credits through the Academy.

He has noticed a change within himself after being involved in the Academy over the last eight months.

“My attitude was shocking. I don’t swear anymore, there is no reason for it. I feel I’m on track now. It’s more individual work, rather than a teacher dealing with 30 of us. They don’t know our backgrounds, but the facilitators knows us more”.

Taranaki Rugby Maori and Pasifika Academy Manager Jack Kirifi said his role is to ‘open doors and provide opportunities’ for the learners.

“To open doors to other life skills that they need to know and opportunities in the big world of rugby. All our learners, past and present, have a significant role to play in our community and I want to help them see that”.

Kirifi said that part of his role is to help Pasifika Island players and their communities to be aware of the opportunities in rugby and ensuring they are supported.

Feats Youth Guarantee Facilitator Tamati Neho credits Taranaki Rugby for the work they are putting into the programme and said being in a professional setting has helped the players a lot.

“After three months in the gym, they are really competent and confident with their ability in the gym. It’s amazing what the TRFU has done”.

Neho said the students, who have been partaking in Tuesday and Thursday trainings have ‘done wonders’ for them.

“The students had an average attendance of 48%, the lowest being 14% attendance rate at school, but after being involved in the programme, that average has increased to 76% attendance. They enjoy being there”, he said.

Neho said a number of the students have low or no credits in NCEA, but this current group is 8-10 weeks away from completing the course and are even ahead of schedule.

Angela Henry, Programme Co Ordinator, said the programme was originally developed in consultation with Iwi to engage young Maori and Pasifika leaners who have fallen out of the education system back into education. It also provides an environment that is comfortable and motivates them to learn.

“By developing the Sport and Fitness NCEA pathway and partnering with TRFU has enabled an environment that gives the learners the opportunity to see their own potential and motivate them to set goals for their future, this has seen great success for the learners”, she said.

Henry said Feats has seen the difference this has made to the learners and have been amazed at their growth during their time on the programme.

In NCEA Level I the programme is based around literacy, numeracy, CV development and problem solving. In Level II, the programme has a heavy focus on sport while embedding Maori and Pasifika culture and customs.