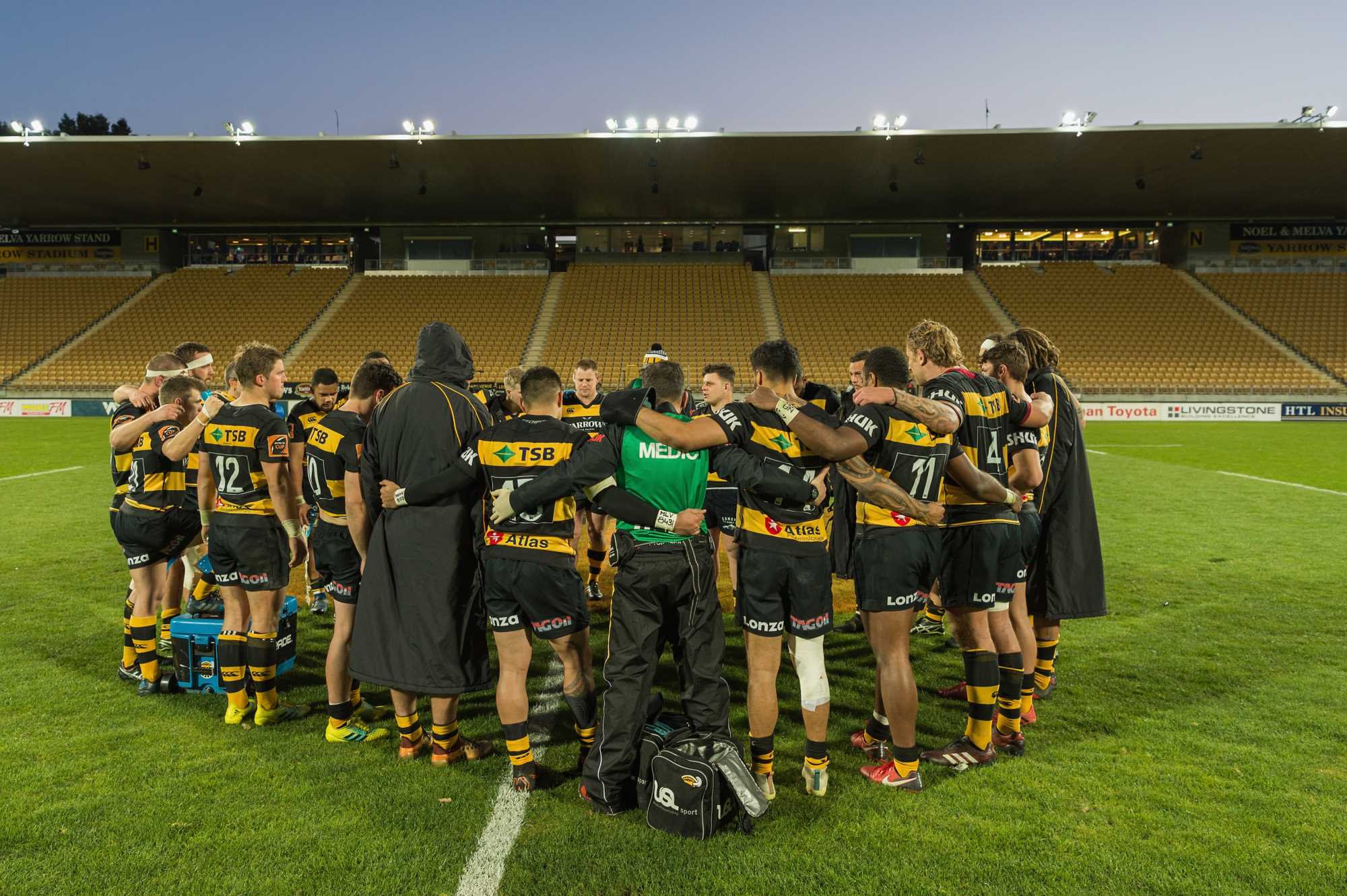 One of New Zealand rugby’s most exciting rivalries will take centre stage on Friday night when the Yarrows Taranaki Bulls travel to Tasman in the latest round of the Mitre10 Cup in Nelson.

While this is a relatively new clash, as the two sides have only played 16 times since 2006, the teams have met in some of the most exciting matches – including Ranfurly Shield clashes, semi-finals and finals.

However, Taranaki has the upper hand traditionally winning 10 matches during the short 12-year history.

Bulls head coach Willie Rickards has made four starting changes to his side that relinquished the Ranfurly Shield to Waikato on Sunday afternoon 33-19.

Lock Leighton Price, who was scratched before last Sunday’s match, will make his first start of the competition replacing Jesse Parete.

Loose forward Lachlan Boshier injured his shoulder last weekend and as a result there has been a shuffle on the side of the scrum. Pita Gus Sowakula gains a start with co-captain Mitchell Crosswell switching to the openside. Toa Halafihi remains at No. 8.

Halfback and former All Black Brendon Leonard will make his first start for the Bulls replacing Xavier Roe after he suffered an ankle injury. Logan Crowley remains on the bench for the amber and blacks.

Ciarhan Matoe slots in for Daniel Waite at first five-eighth, who took a blow to his shoulder, and Latu Vaeno replaces Regan Ware on the right wing due to a wrist injury.

Outside back Avon Lewis will come off the bench, if required.

The midfield combination of Teihorangi Walden and Seta Tamanivalu will make another start for the amber and blacks along with fullback Beaudein Waaka.

Despite losing the Shield, the second time against Waikato since 2012, Rickards said the loss was disappointing but is focused on continuing to improve game-by-game.

“First, we need to acknowledge a good Waikato side. They played very well and deserved the win. We were very disappointed with our first half performance, but we have taken some positives out of the second half.”
“We are looking forward to the challenge against a very good Tasman side.”

Heading into week five of the competition, Taranaki sit four points outside the top four on 10 points in sixth place. Tasman has a game in hand and are in fourth place.